The City of Mendoza 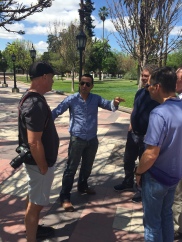 We were met at Mendoza’s Governor Francisco Gabrielli International Airport by our local guide Ricardo, who is not only knowledgeable  and passionate about the history and culture of Mendoza, but also a student of wine-making and marketing, with hopes to one day work in the industry. Ricardo began our tour of the city at the site where it all began – the current site of the Plaza Pedro del Castillo, the old town square. On March 2, 1561, Pedro del Castillo founded the city and named it Ciudad de Mendoza del Nuevo Valle de La Rioja after the governor of Chile, Don García Hurtado de Mendoza. Before the 1560s the area was populated by tribes known as the Huarpes and Puelches. 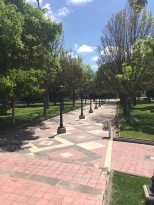 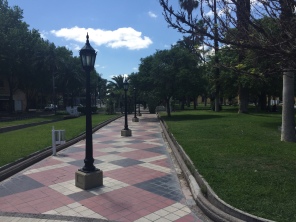 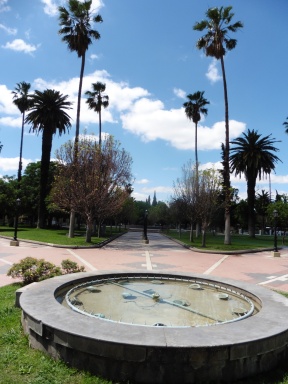 The Huarpes devised a system of irrigation that was later developed by the Spanish.

This allowed for an increase in population that might not have otherwise occurred. The system of stone ditches (essentially small canals) is still evident today in the wide trenches (acequias), which run along all city streets, watering the approximately 100,000 trees that line every street in Mendoza. 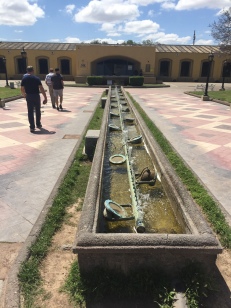 4 responses to “A Town and (Wine) Country Excursion | Mendoza, Argentina”

Gaudi’s La Pedrera - Casa Milá. The last private residence designed by Antoni Gaudí - Barcelona, Spain
One of the oldest streets in this most interesting city ...... 1623!
The Village of Pinhão
Vintage House Hotel
. . . a view of the vineyards of Croft Vintage Port
Last evening in Spain . . . along the Costa Brava
Antoni Gaudi’s genius at play as the sun shines through stained glass windows of the Basilica de la Sagrada Familia
OLLIE HAS CONNECTIONS IN THE WORLD OF GLAMOUR TOO!
MAC HAS ALWAYS KNOWN HE WAS DESTINED FOR FAME
Even doodles enjoy a trip to the mountains to see the fall colors!
The iconic Penn State Nittany Lion, by sculptor Heinz Warneke - 1942
It’s a chilly but beautiful Sunday . . . perfect for walking the Highline Canal in Denver, CO with my dog, Ollie.