As we hiked up the trail, we crossed large patches of melting snow, and had great views of the surrounding mountains and higher snow-capped peaks, including the summit of Aconcaqua. 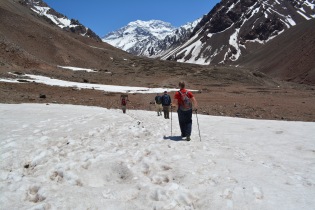 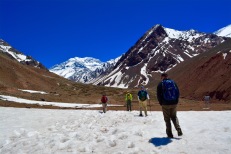 We hiked up the canyon as far as the “the Bridge,” built as part of Brad Pitt’s “Seven Years in Tibet” production.  The bridge was still closed for the winter when we were there,

but scheduled to be opened for crossing the following week.  After resting there and feeding some colorful local birds with some of our energy bars, we headed back to the van.  At that time of day, there were a few more tourists hiking the trails, although it was obvious from what they were wearing that most were out for just a short stroll. 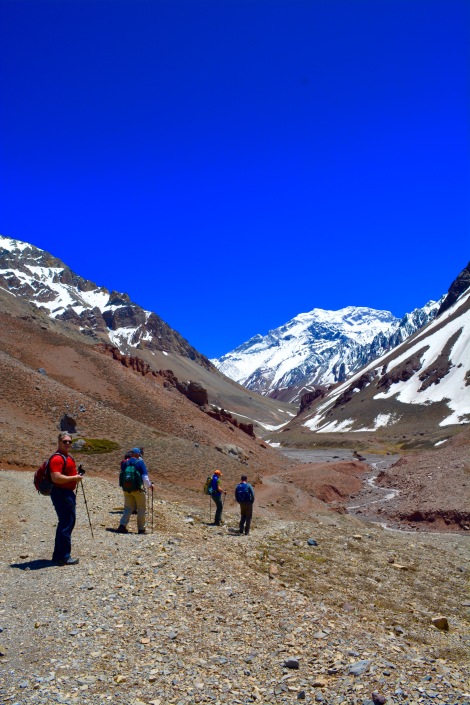 One response to “Hiking in the Andes | Mendoza, Argentina”