Established in 1934, Nahuel Huapi National Park is the oldest national park in Argentina and the largest in the region. With elevations between 2,362 – 11,726 feet, it surrounds Nahuel Huapi Lake in the foothills of the Patagonian Andes. 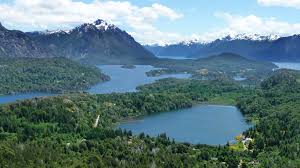 Bordered by Chile on its western side, it covers an area of nearly 2 million acres. The National Park is dominated by the high mountain chain of the Andes, its many lakes, rapid rivers, waterfalls, snow-clad peaks, glaciers and extensive forests. The main attractions are easily accessible by private vehicle or hired tour groups; or, for the more energetic there are many easy to more challenging hiking trails up into the higher mountain ranges. 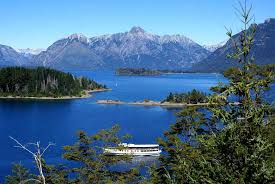 Discovered by a Jesuit priest, Lake Nahuel Huapi, is the largest and deepest clear water lake in the lake district of Argentina, with a depth of almost 1,400 feet. Located at the foot of the Andes Mountains at an altitude of just over 2,500 feet, it measures about 210 square miles. The lake extends 62 miles across the border with Chile, and includes many fjords and the Valdivian temperate rain forest. The southern shore of the lake has many hotels and restaurants catering to the tourist industry; and, there are many islands within the lake, including our first stop – Victoria Island,  a nature reserve accessible only by boat. The Quetrihué Peninsula in the northern part of the lake has been set aside as a separate national park, Los Arrayanes National Park, which we will visit on Cau Cau’s second stop today.

The Cau Cau pulled into the dock at Victoria Island for a two-hour stop, during which we could explore the island via the series of walking trails. Information signs explaining the various locations, unique vegetation, and history of the island were found along the trails that criss-crossed the area, giving us a better understanding of the island and its unique characteristics. 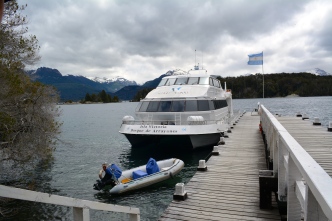 The photo gallery that follows will give you an idea of the type of environment we experienced while on Victoria Island. 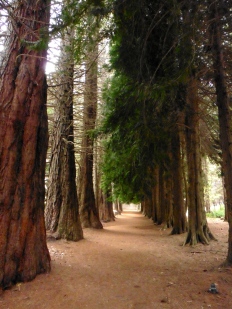 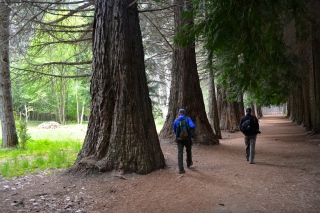 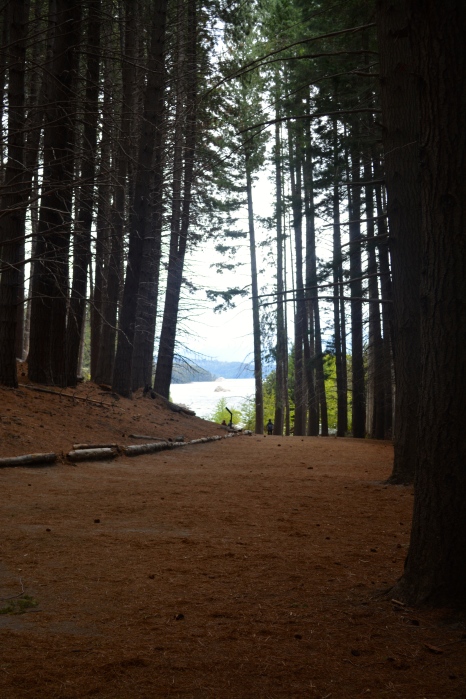