Stockholm City Hall
A guided tour of the Stockholm City Hall should not be missed! The building is one of the country’s leading examples of national romanticism in architecture. In 1907 the city council decided to build a new city hall, a project that took nearly twelve years to construct, from 1911 to 1923. Nearly eight million red bricks were used . . . dark red bricks, called “munktegel” (monks’s brick) because of their traditional use in the construction of monasteries and churches; in fact, the building was deliberately designed to look hundreds of years old. Behind the magnificent facades are offices and session halls for politicians and officials, as well as large, ornately decorated assembly rooms and unique works of art. The southeast corner of the building, immediately adjacent to the shore, is marked by a monumental tower crowned by the Three Crowns, an old national symbol for Sweden. The tower is 106 meters high and is accessible by an elevator or by a stair of 365 steps. Along the water there is a colonnade plaza, which leads into the interior courtyard, another of the several large areas suitable for large gatherings and events. 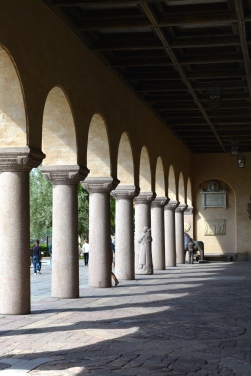 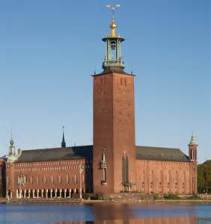 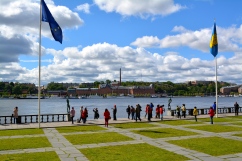 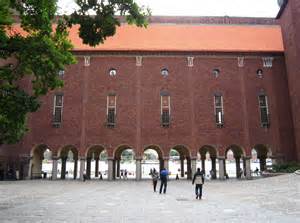 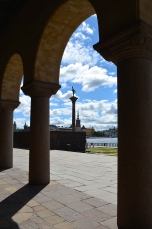 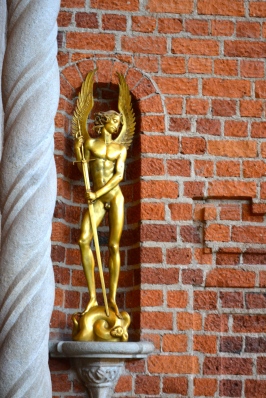 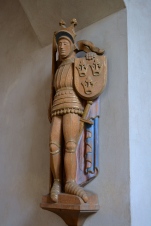 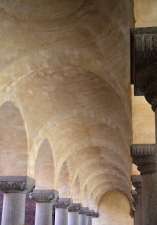 Walls and columns along hallways leading into the main gathering spaces are adorned with intricate stone carvings. 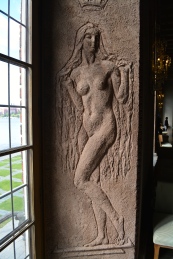 Stockholm’s municipal council meets in Rådssalen, the Council Chamber. It houses offices and conference rooms as well as ceremonial halls, and the luxury restaurant Stadshuskällaren. It is the venue of the Nobel Prize banquet and one of Stockholm’s major tourist attractions. 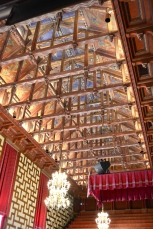 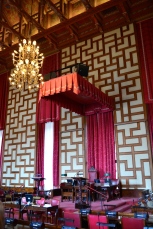 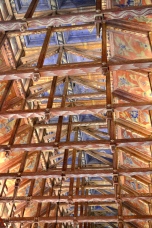 The Blue Hall, with its straight walls and arcades, incorporates elements of a representative courtyard. It is known as the dining hall used for the banquet held after the annual Nobel Prize award ceremony. The organ in the Blue Hall is with its 10,270 pipes the largest in Scandinavia. 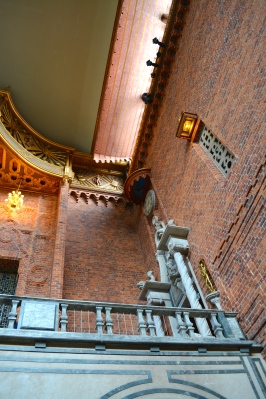 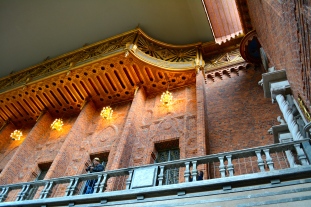 The Golden Hall (Gyllene Salen), named after the decorative mosaics made of more than 18 million tiles, is located above the Blue Hall. The mosaics make use of motifs from Swedish history. 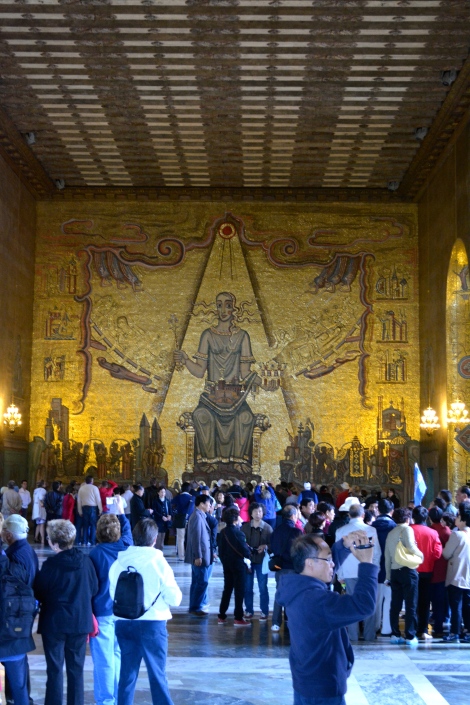 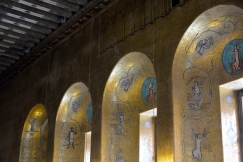 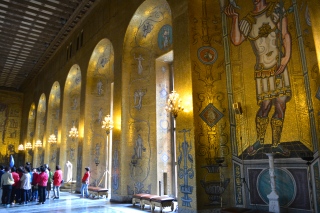