Known as the “Sailor’s Church,” the St. Nicholas Cathedral is located on a site occupied by quarters for members of the Naval Department. The first service was held in the cathedral on September 14, 1770, following the defeat of the Turkish armada at Chesma Bay. 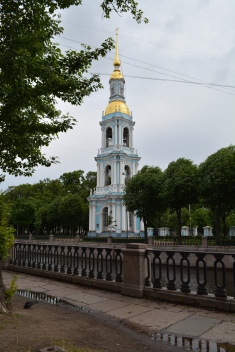 St. Nicholas is one of the most popular saints in Russian, where he is known as “Nicholas the Miracle Worker,” one who is “swift to aid.” As is the Russian tradition, there are two churches in the cathedral. The upper, Theophany Church is used mainly on Sundays and on the days of religious feasts; this church has a brighter, airy feel and a typically Baroque appearance. The lower church is intended for daily use and is lit by icon lamps, candles and chandeliers, creating a more somber effect. The interior of the church (where no photography was permitted) is richly decorated with gilt carving, sculptures, and columns surrounded with carved garlands.

The cathedral’s freestanding four-tiered belfry is one of Saint Petersburg’s most recognized landmarks. 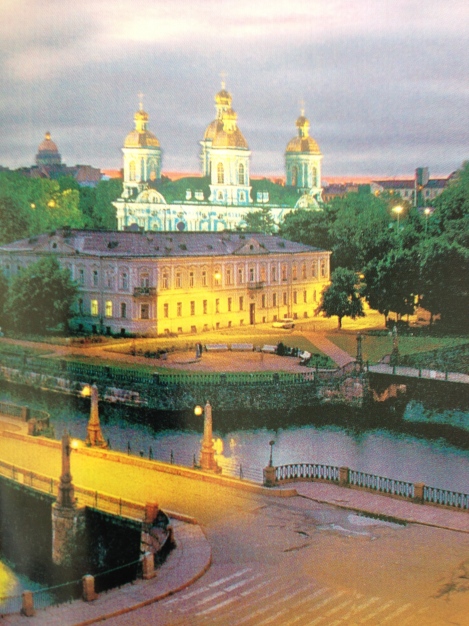 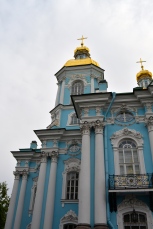 Note: Some information and interior photographs that further inform the subject matter were obtained from “SAINT PETERSBURG AND ITS ENVIRONS,” a Russian publication from 2007.